Over the past year I’ve developed an increasing interest, and interest that has become almost an obsession, with beer. I’ve drunk and read my way to being able to make a casual, passing judgement of any beer. But at some point along the way I declared to myself that I must begin to make my own beer if I hope to increase my expertise and refine my judgement. Also, making beer sounded like fun.

So, I present here the first edition of Ben’s Brew; the tales of my attempts at brewing beer. Expect this series to be periodic and sparse, as, of course, beer takes some time to ferment. I aim to make all kinds of beer and make them all as exciting and interesting as possible. I expect failures, mishaps, and mistakes, and perhaps a decent pint or two, along the way.

My first venture into homebrewing is an amber coloured ale. It came from a basic homebrew kit my girlfriend got me for my birthday. It took about three weeks to make and it spent most of it time fermenting in a cupboard. Here’s what I did step by step to make my first homebrew.

Step 1: Disinfect everything. I shan’t bore you with this step too much, but you basically just have to clean everything so you don’t poison yourself or something.

Step 2: Next you add this weird looking mix to the large plastic tub. This was the malt extract. There were no actual fresh hops or malt grains here, but in future editions of this series I plan to use raw ingredients. The mix used for this homebrew looked and smelt like a very dark honey.

Step 3: Next I had to add 19 (nineteen!) pints of water, 3 of which had to be boiling. I go through this one kettle full of water at a time. It only took till pint 12 or so that I realised there was a second kettle next to me that I could also use. After adding the water you just mix it around with a big spoon for a while. I was surprised at just how easy this was; honestly an idiot could do it, as I hope to have proved.

Step 4: Finally you just add some yeast to make it rise like bread or ferment or something. You might be able to tell that I actually know next to nothing about brewing beer.

Step 5: Put it in a cupboard for about a week and just sit and wait around. I was meant to wait until there were no bubbles at the top of the mix but in the end I just couldn’t be arsed so moved onto… 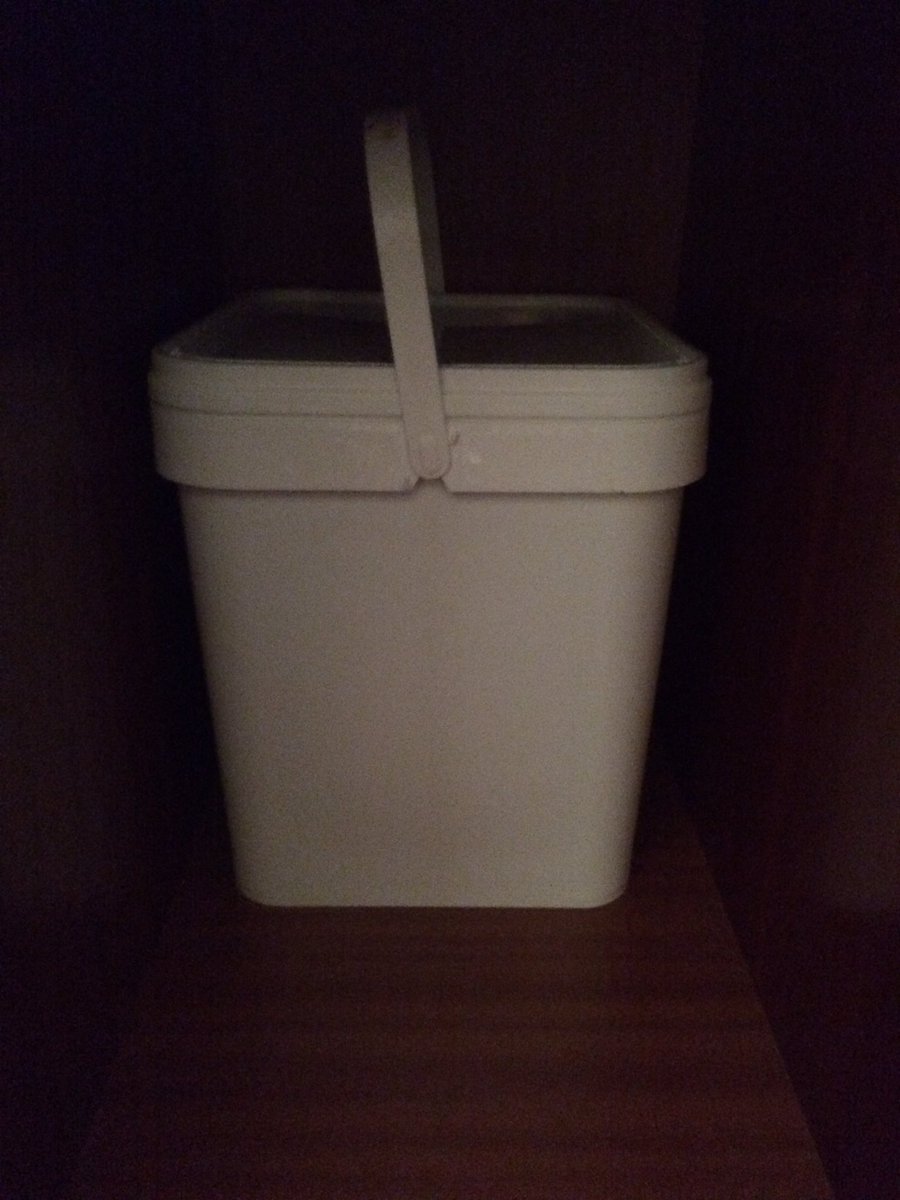 Step 6: Siphoning! This was pretty grim because when I first sucked on the tube I got some of the liquid in my mouth (beer that hasn’t fermented is really nasty). But yeah you just siphon the mix into this big plastic cube and leave it in the cupboard again for another two weeks. 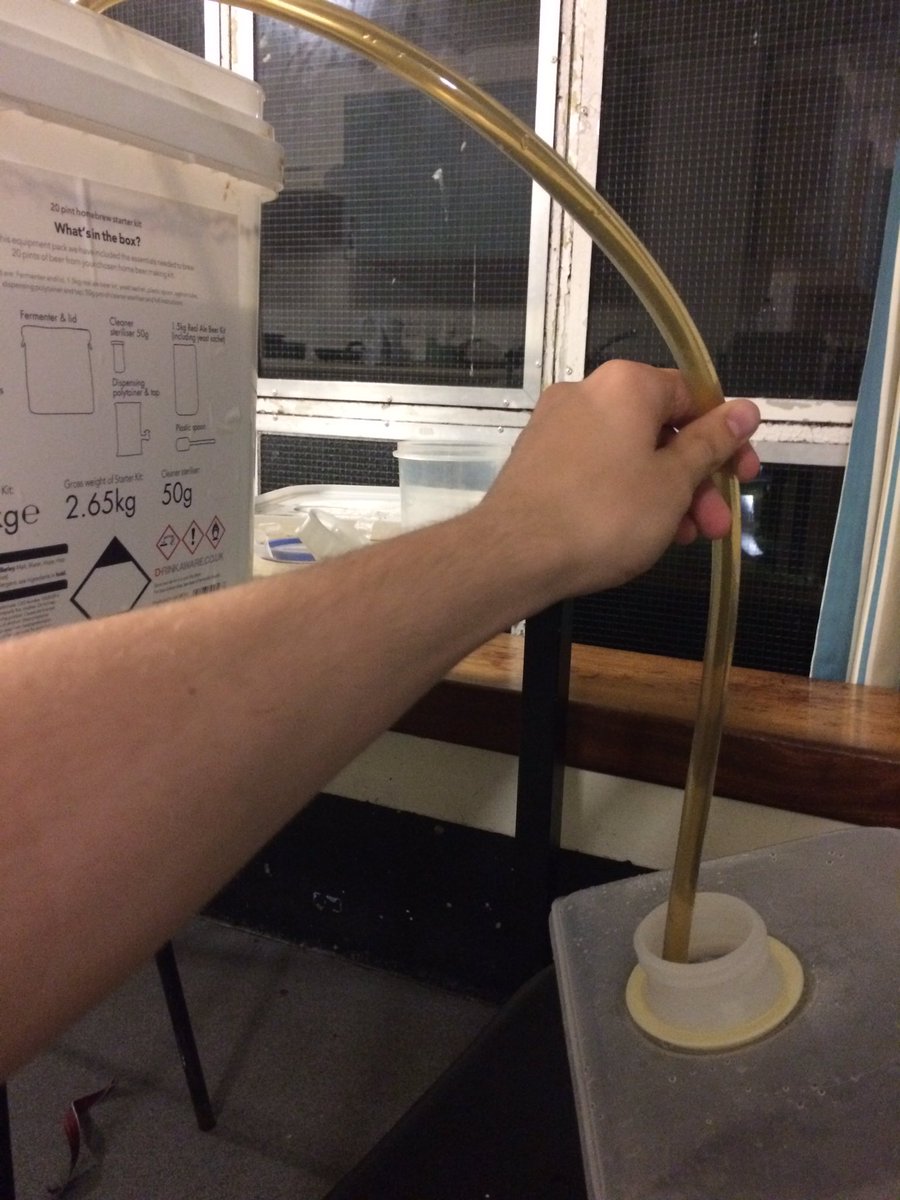 A note on “leaving it in the cupboard”: The instructions gave specific temperatures to keep the beer at but I didn’t have a thermometer or control of the temperature in the room I was using. So I just thought I’d put in a cupboard and hope of the best. Part way through the fermenting process I bought some new equipment that should make my temperatures more accurate next time around.

Step 7: Now I just sort of waited around for it be ready. I waited…

…and went on holiday to Amsterdam…

…and waited a little more…

…and then it was ready!

So, the big question is how does it taste? Well, in a word: plain.

That’s not to say it isn’t good, it’s just so incredibly plain. The flavours were just so simple and straightforward. It was like drinking a beer that was stuck on the default settings of some kind of digital beer generator. I know that’s quite an obtuse way of putting it, but it was just so one dimensional.

But, it was drinkable and it doesn’t seem to be poisonous. I’ve had it on two occasions now and I’m neither catastrophically ill nor dead. So yeah, I made an actual beer. Regardless of how it tastes, this was, undeniably, a success.

One thing I unfortunately don’t know about the beer is how strong it is. ABV is measured by taking two readings before and after fermentation using something called a hydrometer. I only found this out part way through fermentation, so it’s impossible to know how strong my first brew really is. It feels pretty average though, my best estimate would be between about 4.5 and 5.5 percent.

And finally the name. The name comes from a conversation I had with my girlfriend when we were in Amsterdam as we were walking next to a river. It went something like this:

BEN: You see the colour of the water?

[side note: the beer was a hell of a lot darker and greyer while it was fermenting]

LOUISA: *laughs slightly* That could be a good name for it. Rivers of Amsterdam.

So that’s that. The full story of my very first homebrew. It was great fun, really great fun, and I can’t wait to do it again. Next time there’ll be real malt grains, real hops, more flavours in the fermentation (I plan to add fruit and stuff), and hopefully another interesting name. Until then, cheers!

View all posts by Ben D-T

One thought on “Ben’s Brew: 1. Rivers of Amsterdam”