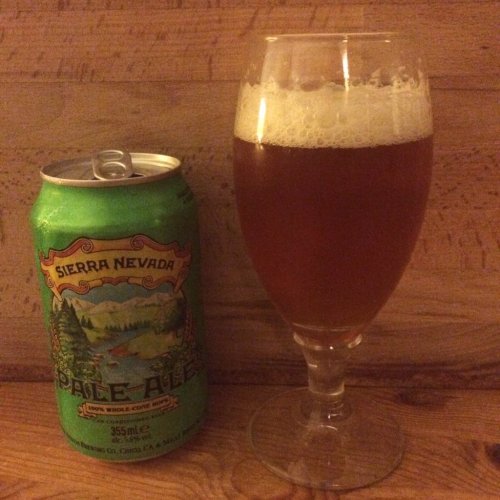 This beer, according to my book, has a very important place in the contemporary history of beer. I try my best to ignore any kind of mythologising about the importance of the beers I try for this project, but its hard to avoid how much this beer is talked about in treading new ground in the realm of small, pioneering breweries.

Taking the beer on its own merits, it has an immediate freshness. The hoppy tastes are crisp and light. They sit loosely on the tongue while the fruitiness comes in. The fruity tastes are sweet and rich, they linger in the mouth long after every sip. It feels very summery, it would be best drank outside on a warm, sunny day.

This beer gives you all the vital elements you want in a pale ale. It doesn’t blow you away or change the way you think about beer in one can. But it does give you everything you want from a fairly strong pale ale. It feels like a real classic; something that you can absolutely rely on.

This beer is really good. It’s up there with the beers I’d have first off on a visit to a pub or a bar. A very respectable four out of five.